DO YOU WANT TO ADVERTISE IN MEXICO? LET EMPIRE HELP YOU ACHIEVE YOUR ADVERTISING GOALS THROUGH VARIOUS MEDIUMS THROUGHOUT THE COUNTRY.

The country of Mexico is located in southern North America. Despite the challenges it faces as a developing country, Mexico is one of the leading economic and political forces in Latin America. It has an evolving industrial base, a wide-ranging service sector, great mineral resources, and is also one of the world’s largest population of Spanish speakers.

Mexico City, the capital, is one of the most crowded cities and metropolitan areas in the world and has a developing economic system that’s strongly tied to that of the United States. The Mexican economy is one of the most influential in Latin America and with a robust tourism industry that attracts over 41million people annually, Mexico makes for an attractive advertising market. Take advantage of the great advertising infrastructure in Mexico with an amazing outdoor advertising network, captivating radio and television stations, and a wide-reaching print media network. Advertise in Mexico with Empire today.

WHAT TYPE OF MEXICAN ADVERTISING ARE YOU INTERESTED IN? 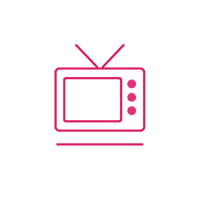 If you are ready to advertise in Mexico or are interested in learning about other countries and mediums feel free to get in touch.